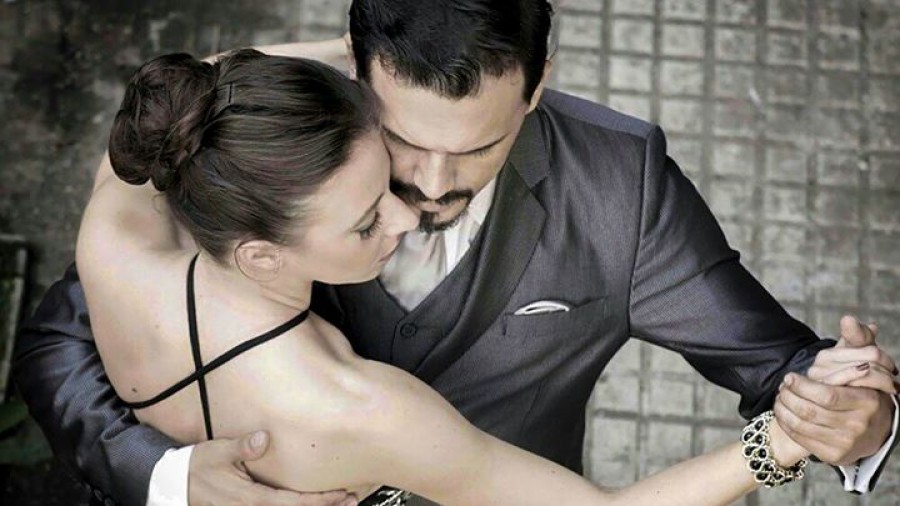 Vittoria Franchina (from Italy) graduated at AIDA (association of professors graduated at Teatro Alla Scala in Milan). 2nd place at the championship Tripudium ballet in Milan (2010) and 4th place at the International Championship Expression in Florence (2012). She has been dancing in many theatres in Buenos Aires and Europe as tango dancer and contemporary dancer.

As a couple they have been teaching and dancing in different milongas and events, first in Buenos Aires and then in October, November and December 2017 in different cities in Italy such as Milan, Bari, Genova, Pavia, Reggio Emilia and others (Milonga Cafe Caribe in Milan, Milonga Melograno in Milan, Mieru Mieru, Milonga Informal Reggio Emilia, Valentini Runway in Bari, Archivolto Theatre in Genova, Milonga Tango Asi...).

In January, February and March 2018 they have been working in Colombia with performance and classes (First International tango festival of milonga Tinta Roja in Bogota, Milonga Municipal, Milonga el Jaguar...).

In May and June, they are going to be in Pavia (Tango Asi), Reggio Calabria (Festival Dello Stretto), Athens (Tango Steps), Venice (Tango Parasiempre) and Belgium.

They teach regularly in two tango schools (Kreo in Milan and Indaco in Iseo) and Milonga Cafe Caribe in Milan.