Ride on the wave of tango
Organised by: HiTango 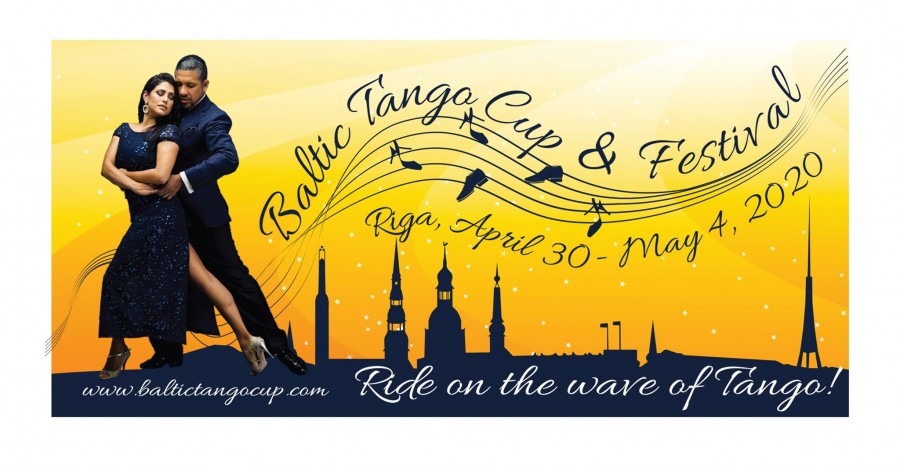 The festival will be held the tenth time (before that it was held as Riga Tango Fiesta),
and we are looking forward to old and new friends at milongas and master classes.
This year, the program includes 8 milongas (one on a boat and one with asado, night milongas with shows)
and 6 classes with the well known Maestros Maria Ines Bogado and Roberto Zuccarino (Argentina).

Within the framework of the festival, on Saturday, May 2,
the Sixth Baltic Cup for Argentine Tango will be held (previously it was held as the Open Baltic Cup)

Couples of both amateurs and professionals from the Baltic countries, the Baltic region,
Europe, Asia and America are invited to participate in the open competition.
The judges at the competition will be Maestros Maria Ines Bogado & Roberto Zucarino (Argentina).
Also, the winners of previous Baltic Cups will be represented in the jury: Carlos Rodrigues (Argentine) - Cup Winner 2016 (Pista)
Bo Gito Dalker (Denmark) - Cup Winner 2017 (Pista), 2018 (Milonga, Vals)
Claudia Sortino (Italia) - Cup Winner 2018 (Escenario)

Argentione tango school since 2007, organiser of tango festivals (Riga Tango Fiesta)\workshops\ other tangoactivities (Baltic Open Cup)
www.hitango.lv This email address is being protected from spambots. You need JavaScript enabled to view it.