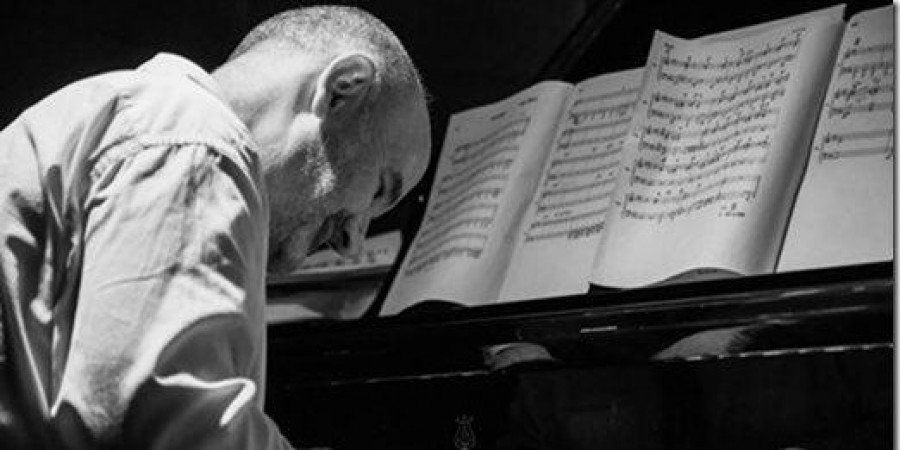 With a career that spans 35 years now, Grammy Nominated, Argentina born and New York based pianist and composer Emilio Solla got his degree in Classical Piano at the National Conservatory of Music in Buenos Aires and his MA in Jazz Composition at Queens College in New York.

Solla has released 10 albums as a leader and more than 40 as producer/arranger and is considered one of the most outstanding musicians worldwide in the Tango-Jazz genre, a blend of Argentine tango and other Latin American rhythms with the freedom and improvisation of jazz music. He has performed all around Europe, Japan, the US and Latin America to outstanding reviews in many of the most important jazz houses and festivals.

He has composed for and recorded/performed with Paquito D’Rivera, Arturo O’Farrill, Edmar Castañeda, Pablo Aslan, Cristina Pato and many others.

His album Second Half was nominated for a 2015 Grammy Award as Best Latin Jazz Album. He continues to tour with his many projects, from duos to symphony orchestras, and is an active freelance arranger and composer in the demanding NY music scene.

Tango Revelation Milonga is a social Argentine Tango dance gathering on the second Sunday of every other month (with some exceptions). It is led by award-winning Tango teacher Sonja Riket, who teaches at Ashkenaz since 2008. This Milonga series includes a dance class, dance performances and live music by local and international Tango guest artists.

Argentine Tango was born in Buenos Aires, Argentina and Montevideo, Uruguay in the late 1880’s as a dance and music of immigrants. Grown into a worldwide phenomenon, it continues to cross the boundaries of race, culture, language and social status. It encourages the spontaneous inclusion of music and dance in our everyday life as a communal experience.

In 2017, this event evolves out of the “Tango Revolution” Milonga, which began in 2005 at Café Revolution in SF’s Mission District , then found a home at Café Trieste Downtown SF from 2007-2012 (with the Tango Revolution Orchestra) and at Berkeley’s Café Mediterraneum from 2012-2016.

With a slight change of name to “Tango Revelation”, we continue to envision Argentine Tango as a relational matrix of connection to ourselves, each other and our world.

We offer the beautiful connection between human beings in the Tango Embrace as a common language and antidote against the isolation, separation and fearful existence we are led to believe is necessary. To complement our screen-oriented lives, we need to slow down, rediscover the joy of body-based expressions and create live gathering places among ourselves in a spirit of harmony and well-being!

What better way to come home to ourselves and connect with each other across our differences than the non-verbal power of a music and dance embrace, listening and moving together as one? Come find out what Tango can reveal to you!